The Letterbox of Sangita 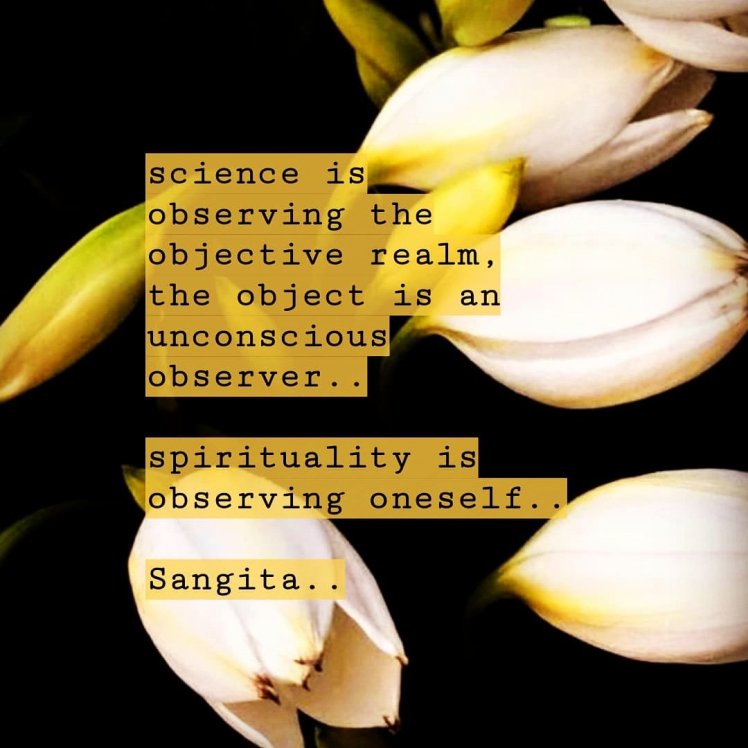 If you think for a moment you will realize the words we are using to express our thoughts are not enough to describe your thoughts, there is something more which cannot be described by the words we have but we are just making use of what we have, we are happy to be in limitations. Because we believe in science and it’s objective observation and definition. A scientist is most curious to observe everything s/he can objectify. But there is one moment s/he also looks inward and objectify herself/himself and at the same time s/he becomes the object and observer. That is the first step of spirituality.